Vancouver is one of the most beautiful cities in the world to visit ! Home to the Greenpeace movement, it is also THE greenest city on the planet, offering an exceptional quality of life where nature and modernity live in harmony. In addition, the city is sublime and offers a unique diversity of landscapes: its buildings with contemporary architecture are built in harmony next to its forest, its seaside and its mountain. A breathtaking environment. Vancouver is a young city, having only been established for 135 years. Its quality of life attracts more and more visitors, making it the 3rd largest city in Canada with a population of over 2,700,000 inhabitants. Land of the First Nations, Vancouver has taken on the challenge of repairing the damage done to Aboriginal people in the past by stepping up its actions to promote this culture rooted in its roots. Very cosmopolitan, the city is today composed of several foreign minorities and has attracted more than 100,000 millionaires creating a real estate boom, which makes it one of the most expensive cities in the world. In addition, thanks to its financial advantages, its talents and its sublime landscapes, Vancouver has become the «Hollywood North» where streets are used as film shooting locations, a real attraction for passers-by. A breathtaking visit awaits you in this incredible city of Vancouver! 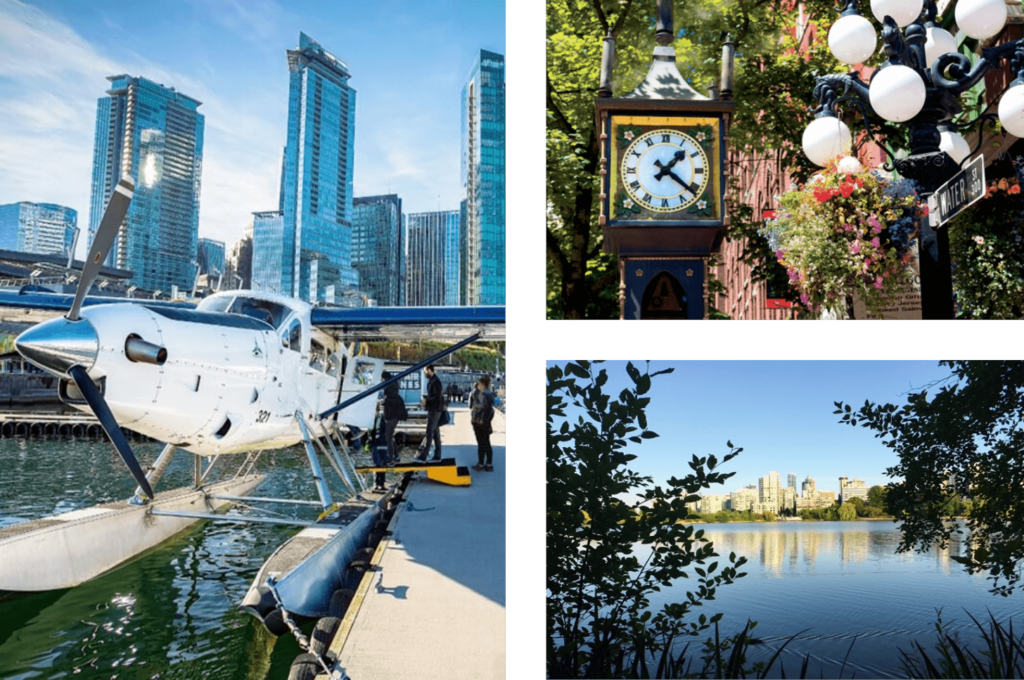 LET YOU BE GUIDED:

THE 8 PLACES YOU MUST SEE.

Let’s begin our visit with the most majestic park in Vancouver. With its 400 Hectares, it offers you an unmissable walk in a splendid natural forest surrounded by many views of the sea and the mountains of North Vancouver. On foot or by bike, you can enjoy the landscape and the various activities that the park offers, such as visiting its typical gardens in the middle of nature (ex: Rose Garden), its magnificent lakes populated by beavers and raccoons (ex: Lost Lagoon), its Aquarium, its First Nations Totems and the summer you can even enjoy the open-air cinema or theatre. An unforgettable visit awaits you…

→ Park Website.
→ Where: between Chilco St  and  Alberni St Bute.
Previous
Next

Continue our visit to a mythical square in the heart of Vancouver: Canada Place. This place is renowned for offering one of the most beautiful views of the city, where sometimes huge cruise ships stop to enjoy this magnificent place. It is also home to the Fly Over Canada attraction, where you will have an out-of-the-ordinary experience and the Convention Centre which has often been used as a film shooting location. To make your visit even more enjoyable, I recommend that you start your walk 20 minutes before at Cardero Park, then walk along the sea to Canada Place.

→ Canada Place Website.
→ Where: between Canada Pl and Burrard St.
→ From Cardero Park: between Cardero St and Coal Harbour Quay.
Previous
Next

Visit Vancouver’s trendy historic neighbourhood and let yourself be transported to another time. With its charming buildings with Victorian architecture (red bricks) and cobbled streets, Gastown has become the trendy place where locals, tourists, offices, restaurants, bars and modern shops interact in harmony. Don’t leave without taking a picture in front of the “Gastown Steam Clock”, the magnificent 1977 clock that whistles the hours with its iconic steam.

→ Where: between Water St and W Cordova St.

Explore the attraction chosen several times as the best of British Columbia and enjoy the incredible beauty of this natural park ! You will have an unforgettable experience as you can imitate the squirrels by strolling through the trees of this majestic forest. In addition, for the more adventurous, some activities guarantee a peak of adrenaline: the Suspension Bridge (the bridge located 70m (230 feet) above Capilano River) and the Cliffwalk (the breathtaking high-altitude circuit).

→ Learn more…
→ Where: At North Vancouver, 3735 Capilano Road.
Previous
Next

Take the ferry and discover this 14-hectare island, a true gem of Vancouver. You can take a walk to visit many art galleries (photographers, sculptors, local artists, etc.), rent a boat or kayak, but above all discover emblematic places like the Public Market which brings together food traders including Longliner Seafoods and its delicious «Candy Salmon», a specialty of the city that I highly recommend you to taste !

→ Where to take the Ferry…

Discover the long seaside of Vancouver where you will enjoy walking there as it’s so pleasant ! If you enjoy walking/cycling for several hours this is the perfect place. I recommend the English Bay → Kitsilano Beach itinerary (approx. 2h walk), which will make you discover the beautiful beaches of the city because it passes by Sunset Beach Park (the perfect place to admire the sunset) and False Creek (a place with modern buildings and a small marina).

→ Where: English Bay: between Denman St and Beach Ave.
→ Where: Kitsilano Beach: between Arbutus St and Creelman Ave.
Previous
Next

Modern buildings, luxury shops, Movie shoots, atypical restaurants, nightclubs, spas, offices, charming houses… Strolling through the city centre you will discover the different atmospheres of Vancouver’s elegant streets. Here are a few streets you should definitely pass by if you don’t want to miss anything: Robson St for its chic shops and must-see restaurants, Granville St for its ambiance, lively nightlife and shopping (ex: Hudson Bay) or Davie St for its restaurants and LGBT nightlife. Tip: If you’re lucky, you’ll see a movie shooting between Burrard Street and Hastings Street.

Visit the Capital of British Columbia, Victoria, located at the south of Vancouver Island and at kilometre 0 of the Trans-Canada Highway. A charming little town with English influence where you will discover beautiful buildings including the legislative assembly and its small shopping streets. If you want to prepare your crossing by boat, I recommend the website Get Your Guide which organizes interesting and very practical tours! The boat crossing is fantastic as you pass around the many islands that surround Victoria, a true paradise on Earth that I invite you to discover.

→ Organize your visit to Victoria with Get Your Guide.

THE 10 UNFORGETTABLE ACTIVITIES TO EXPLORE. 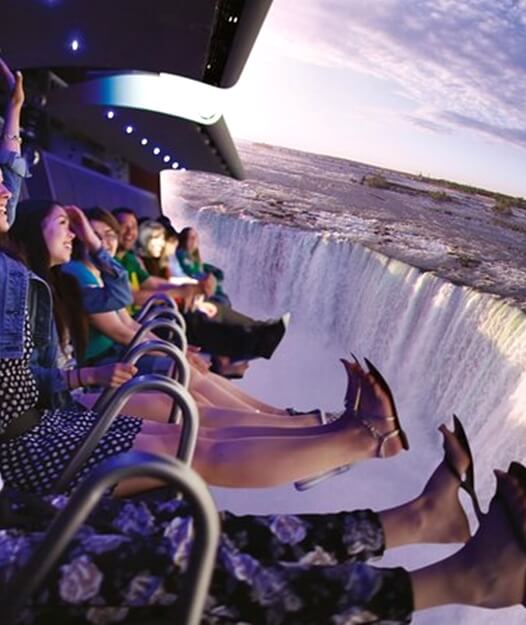 Explore Canada with the Fly Over Canada attraction.
Learn more → 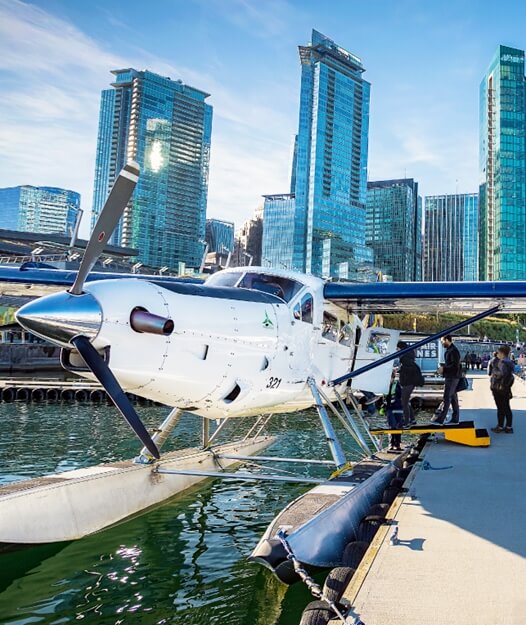 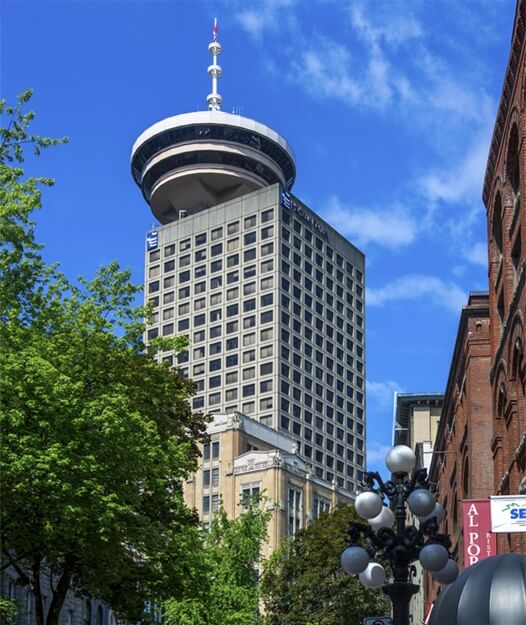 Enjoy a panoramic view from the Lookout Tower.
Learn more → 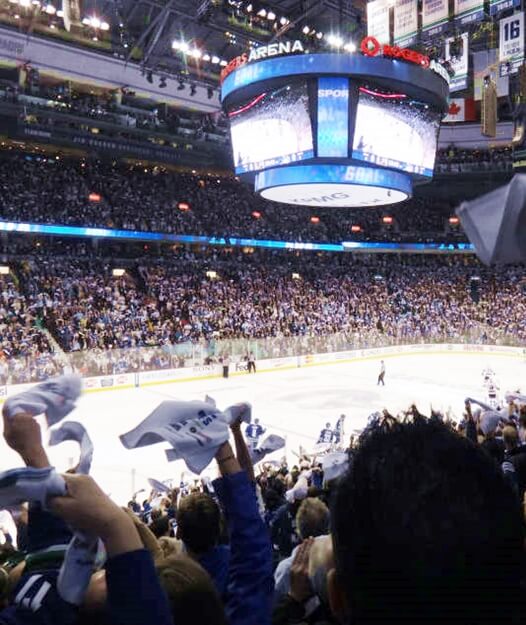 Cheer on the Vancouver Canucks at a hockey game.
Learn more → 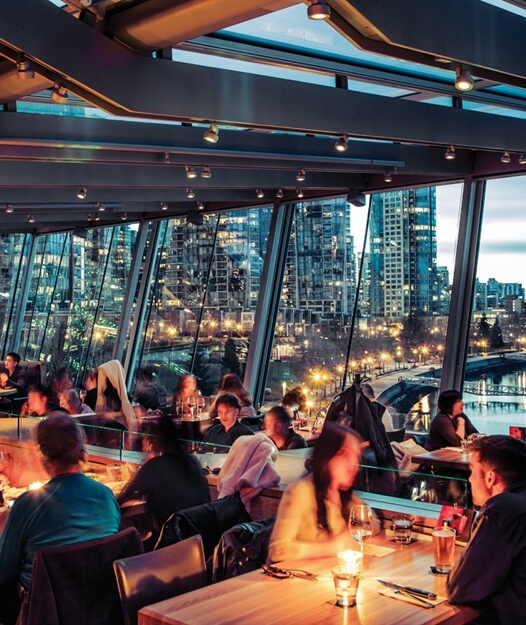 Enjoy a delicious meal in the heart of the city at the Cactus Club.
Learn more → 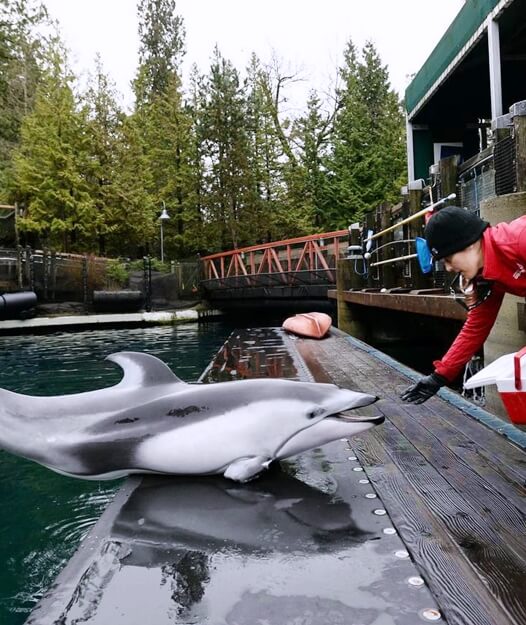 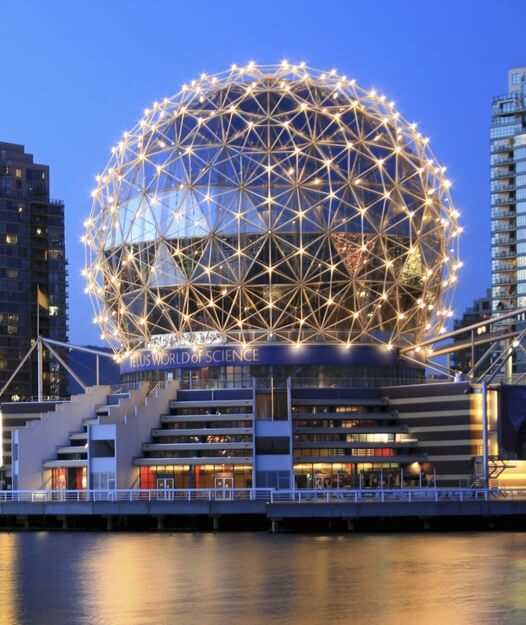 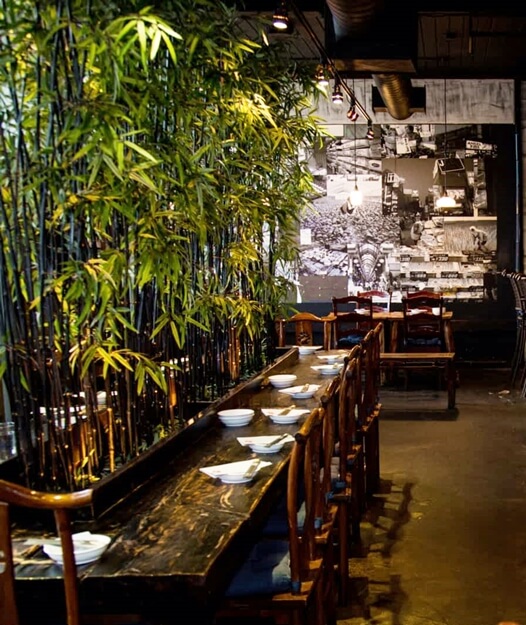 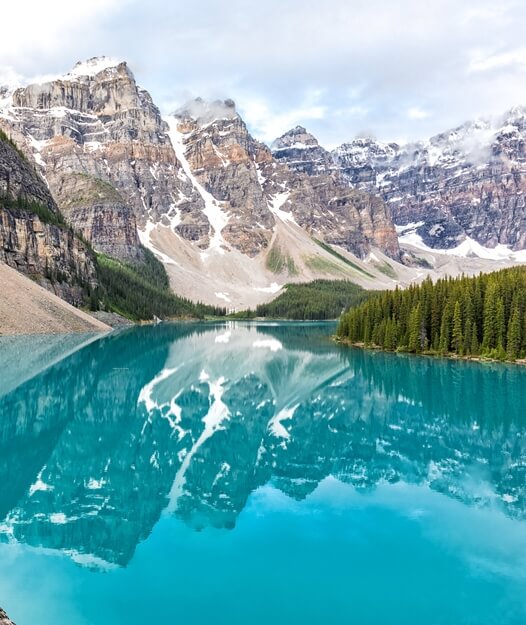 Set off on an adventure at Lake Moraine in Banff Park at 10h by car from Vancouver .
Transport options
Prepare your adventure

I recommend you to consult your bank before your departure in order to have the best recommendations for all banking operations in Vancouver. Personally, I recommend the “BMO: Bank of Montreal” with which I have never had any problems.

Vancouver is a fabulous city, however I recommend you not to continue your visit beyond the Downtown Eastside border (East Hastings Street) where you will be faced with a disconcerting contrast between downtown and this disadvantaged district in which unfortunately a significant number of drug addicts live in bad conditions. Nevertheless, despite this difficult area, the rest of the city is very secure, it is indeed one of the safest cities in the world that I have had the chance to live in.

Vancouver is a cosmopolitan city where you will have the pleasure of discovering many restaurants with different and delicious cuisines ! To help you make a choice, here is a full article about the best gourmet experiences in the city you shouldn’t miss…

NOW, IT'S YOUR TURN TO LIVE AN UNFORGETTABLE EXPERIENCE, BON VOYAGE !